A Spirit of Cooperation, with "A Commitment to Our Own Principles"

Our Quote of the Week describes a way for us to move forward in our politics but is useful advice for daily life, as well.Sargent Shriver spoke these words at the Alabama Young Democrats Convention on September 6, 1974. The convention was held four weeks after President Richard Nixon had... 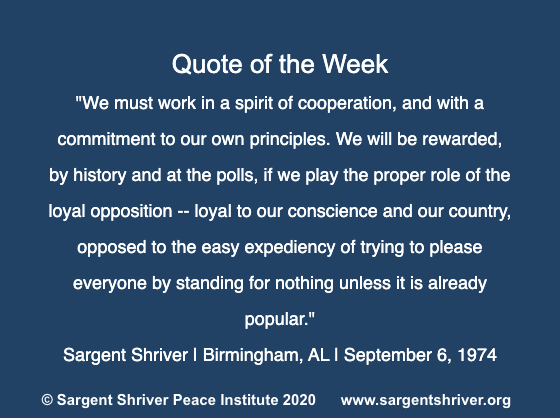 Striving Together "for the Dignity of Man"

Our Quote of the Week celebrates the 52nd anniversary of Sargent Shriver's appointment as US Ambassador to France.  On May 8, 1968, Sargent Shriver spoke these words in his arrival ceremony in Paris, as he officially presented his credentials to French President Charles de Gaulle. With...

The Success of Head Start

Our Quote of the Week reminds us of the success of Head Start, the War on Poverty program that combines early childhood education, nutrition,  health, and social services programs for children, while encouraging active parent participation. Head Start celebrates its 55th birthday today.At... 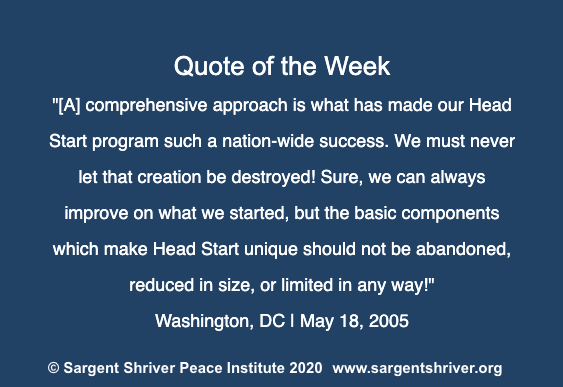 The "Self-Organization" of Society

Our Quote of the Week reminds us of a powerful action we can take together: to organize ourselves into a society that brings opportunity and justice to all. As we pause on this Memorial Day to remember the soldiers who have been killed in the line of duty, let us reflect on what we, the living,... 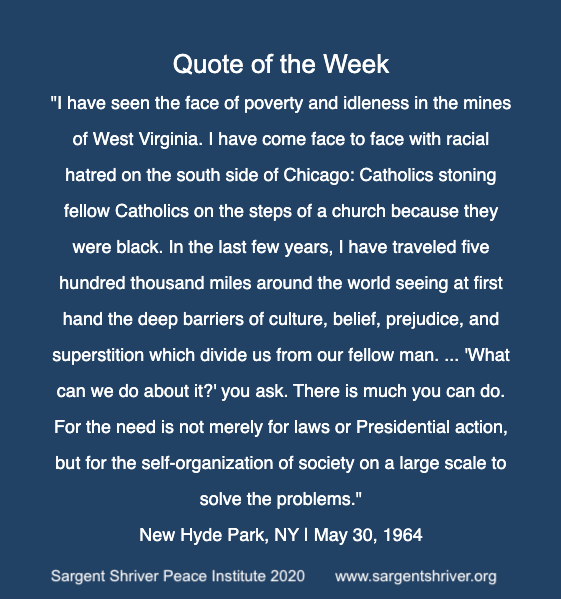