Navigating the "complex world we live in today"

Our Quote of the Week shines a light on the imbalances that exist in economic development and resources in our society. With technology advancing more and more rapidly, and without intentional efforts to invest in underserved communities, these imbalances will lead to greater and greater levels... 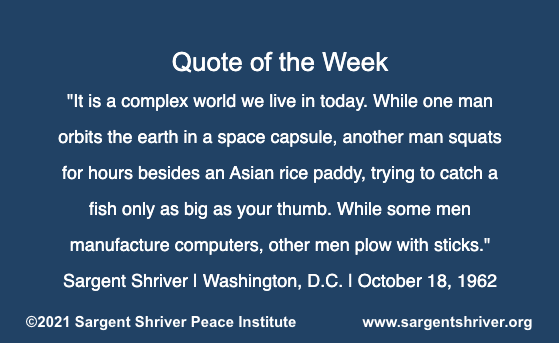 Marking the Anniversary of the Voting Rights Act

Our Quote of the Week emphasizes a struggle for equality and universal rights that comes to mind today as we mark the 56th anniversary of the Voting Rights Act.Sargent Shriver spoke these words at his 1961 Address to the Catholic Interracial Council in Chicago. They were part of his introduction... 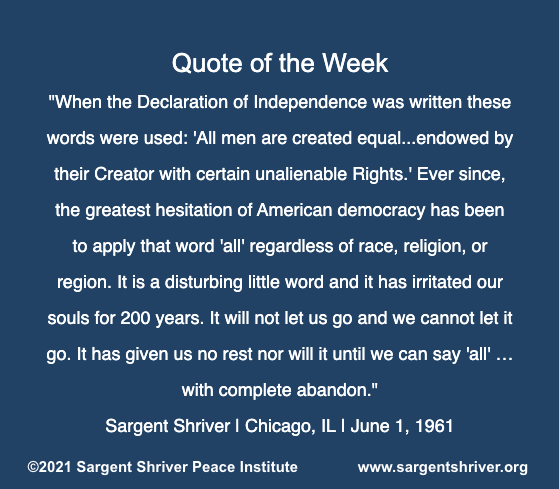 How do we define peace?

Our Quote of the Week asks us to reflect on our fundamental definition of "peace", reminding us that "peace is more than the absence of war". In order to create a peaceful society, we must favor diplomacy over power, and we must remember that our ultimate goal in times of... 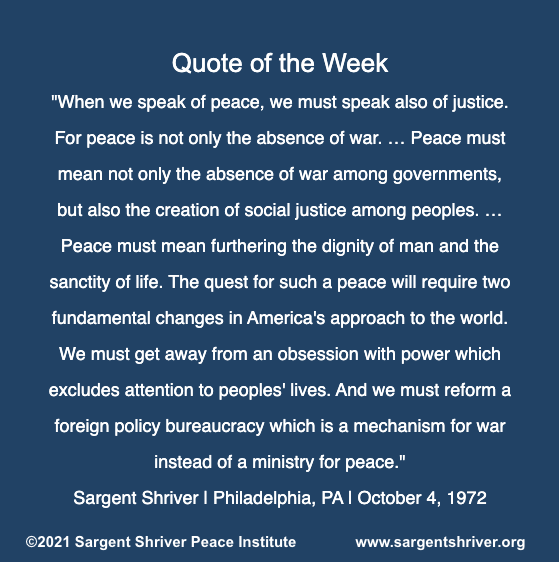 We Can Eliminate Poverty

Our Quote of the Week marks the 57th anniversary of the passing of the Economic Opportunity Act (August 20, 1964), the legislation that officially launched the War on Poverty. It captures a watershed moment in our history, when a collective belief that we could eliminate poverty gave us enough... 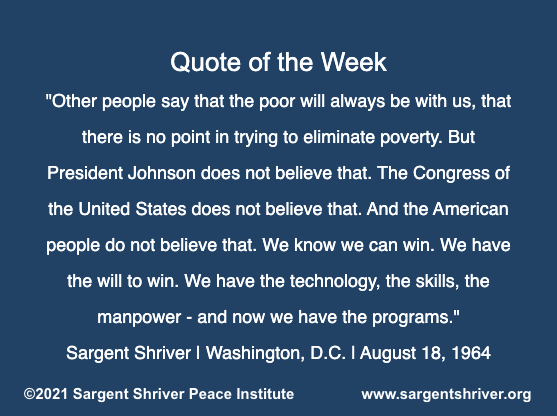 Reflecting on Civil Rights and Human Rights, 58 Years after the March on Washington

Our Quote of the Week was chosen in celebration of the 58th anniversary of the March on Washington (August 28, 1963), in which Dr. Martin Luther King, Jr. gave his famous "I have a dream" speech. It reminds us that if the United States is to have any kind of international authority in... 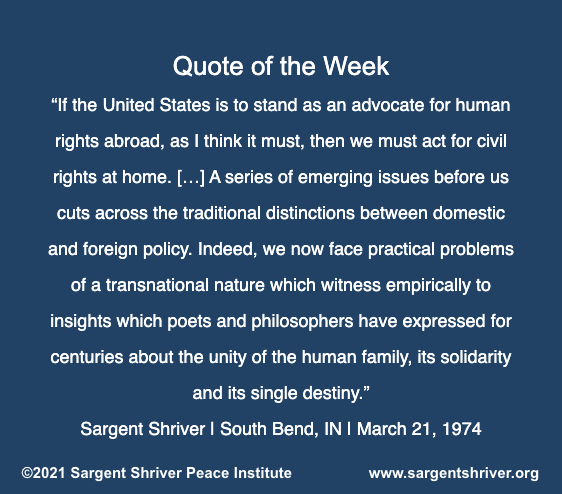 Quote of the Week 0