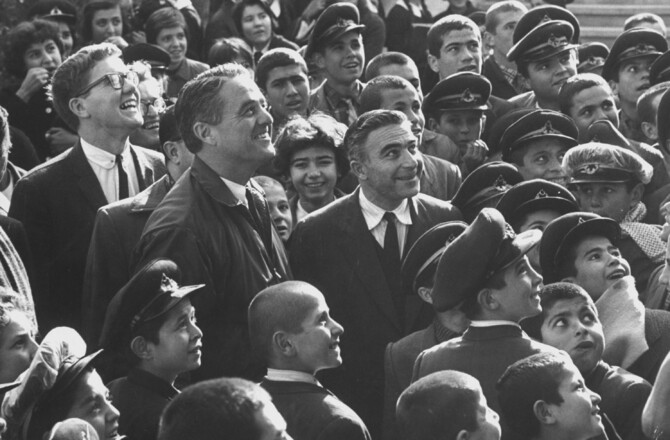 "I can think of no American alive today who has touched more lives for the better than Sargent Shriver. Reel off the names of the organizations he inspired, led, or created and you have a sense of his multiplying legacy: Peace Corps, Head Start, VISTA, Job Corps, Community Action, Upward Bound, Foster Grandparents, Special Olympics. To each he brought the passionate conviction that no one need be spiritually unemployed when there is so much to be done in the world." Bill Moyers, Journalist and former White House Press Secretary President Lyndon B. Johnson Administration from 1965 to 1967. Excerpt from Forward - Sarge: The Life and Times of Sargent Shriver by Scott Stossel. 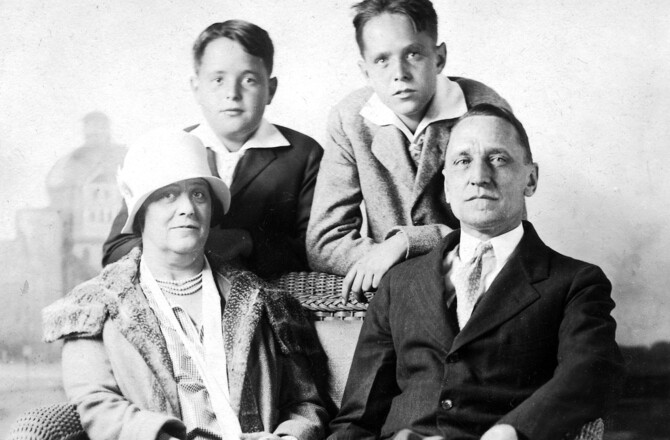 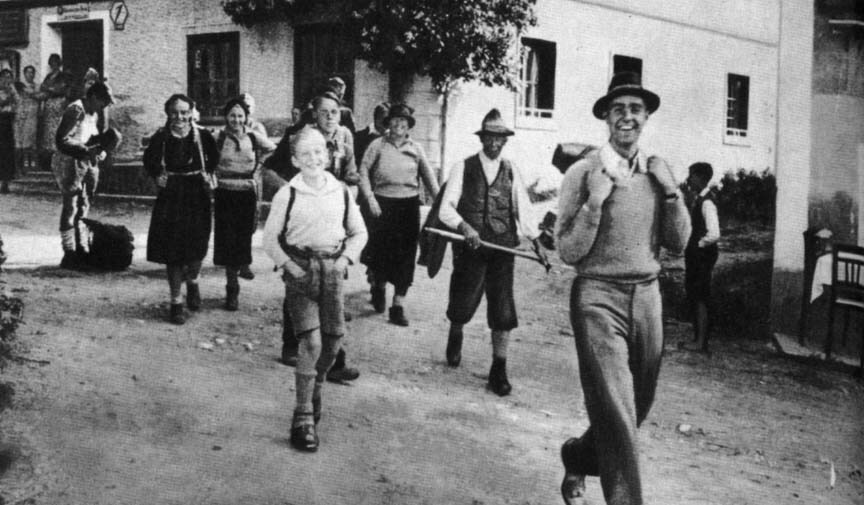 After graduating from the Canterbury School, Sarge spent the summer of 1934 abroad in Stuttgart, Germany as part of a program called the Experiment in International Living. This early experience living abroad significantly influenced Sarge's later work as Director of the Peace Corps. Living in Germany during the rise of Nazism also informed Sarge's perspective on US participation in World War II, eventually leading him to join the Navy. (Source unknown.) 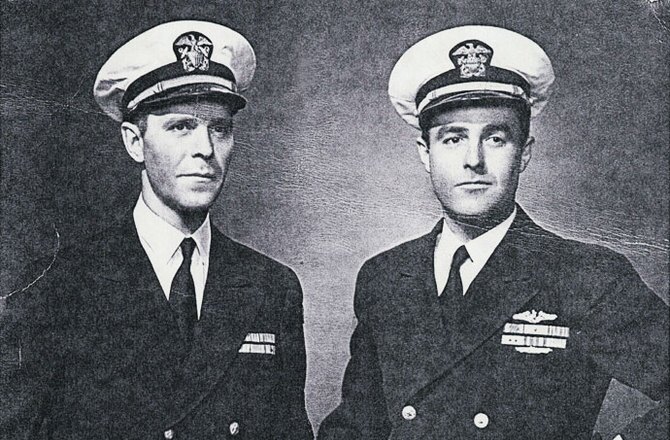 Sargent Shriver served in the US Navy for five years before ending his military career as lieutenant commander. He served during World War II and was stationed in the South Pacific, where he participated in the Battle of Guadalcanal. Here is Sarge with his brother, Herbert, who also served in the Navy. (Photo by Bachrach Photography.)

In 1953, Sargent married Eunice Kennedy, and one of the great marital partnerships of the 20th Century was under way. (Source unknown.) 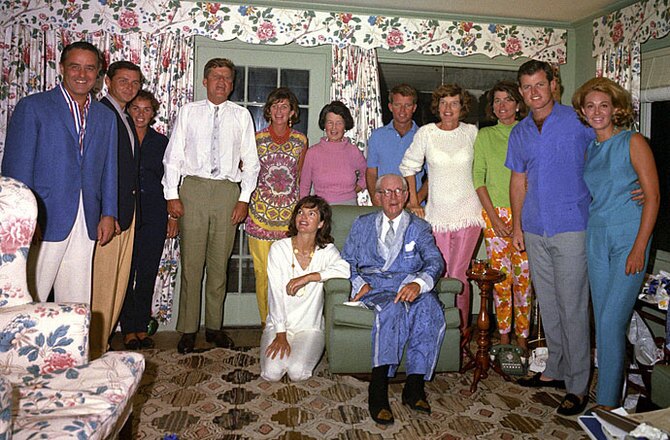 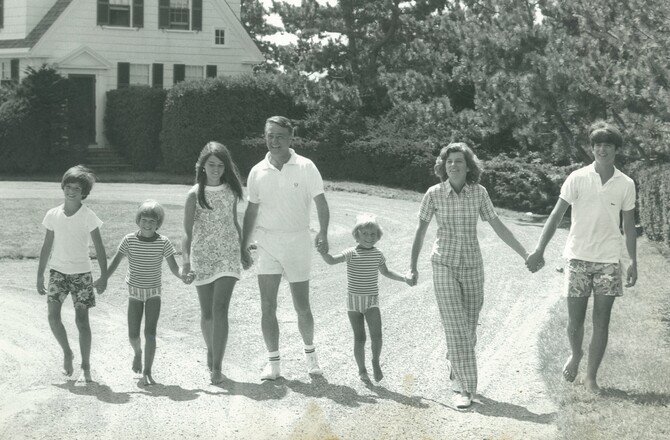 The Shrivers had five children, all of whom have made significant marks in public life. From left, Timothy, Mark, Maria, Sargent, Anthony, Eunice and Bobby. (Source unknown.) 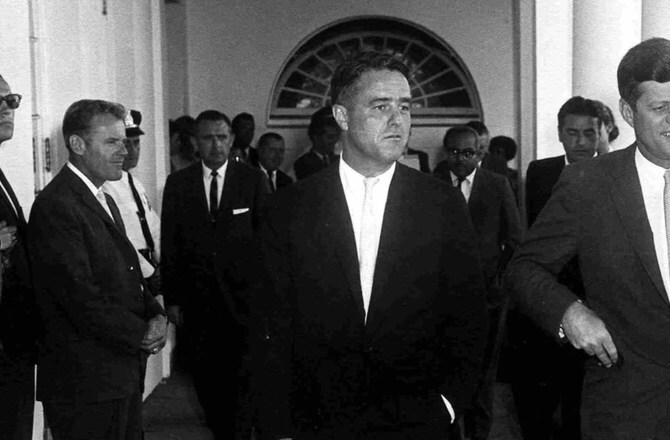 Dawn of the Peace Corps

In 1961, Shriver was tapped by his brother-in-law, President John F. Kennedy, to lead a new organization called the Peace Corps, which was designed to improve the image of America abroad during the time of the Cold War. The federal program sent volunteers overseas to give instruction in technical skills, but also to exchange cultures and friendships across borders. The Peace Corps is still going strong, fifty years later. (Photo courtesy of the John F. Kennedy Presidential Library and Museum.)

A Strong Belief In Service

Sargent Shriver, forever a public servant, inspired a new generation of young people into public service who otherwise would have gone to industry or Wall Street. Here, Sargent speaks to a group of students about becoming Peace Corps volunteers. (Source unknown.) 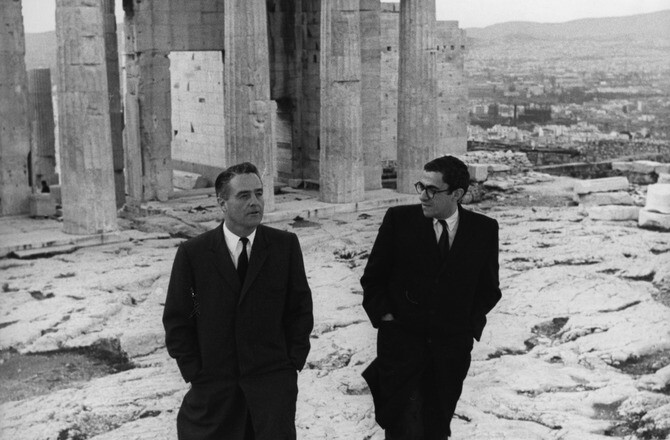 In his role as first director of the Peace Corps, Sarge hopped airplanes, bumped along on jeeps, rode horseback and on camels, and walked endless miles to supervise far-flung operations. In 1964, he walked ruins in the country of Jordan. (Source unknown.) 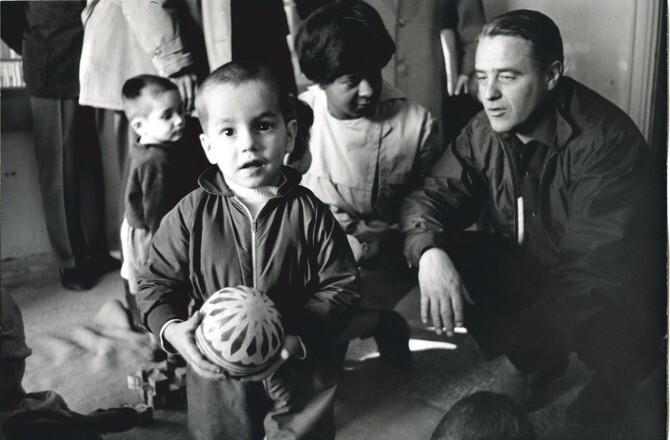 Sargent Shriver's work was anchored by a core set of values - service, dedication, compassion, humility, reciprocity, and the spirit of charity. Among the stops he made on a visit to Turkey in 1964 for the Peace Corps was an orphanage. This visit reflected the belief he shared with Eunice, who founded Special Olympics four years later, that every human life has value. (Source unknown.) 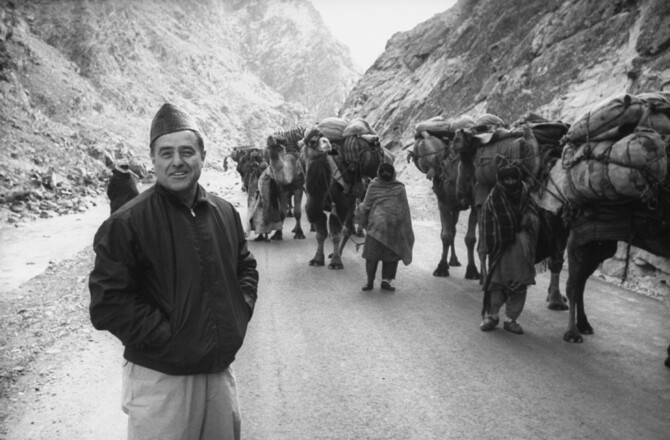 In Khyber Pass, in the mountains dividing Pakistan and Afghanistan, Shriver's Peace Corps work took him about as far from the culture of home in Maryland as one could be. (Photo by Paul Conklin.) 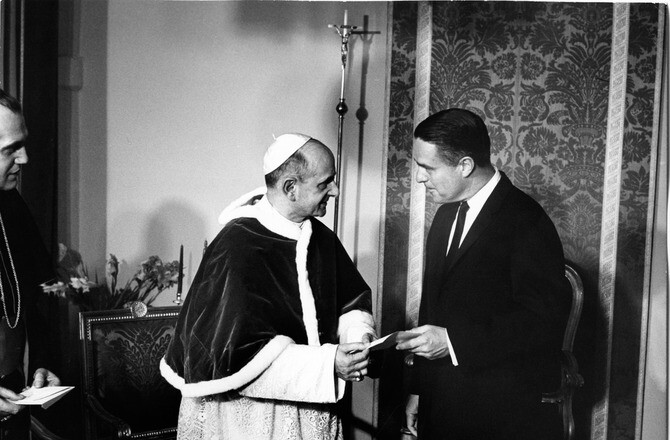 A Man of Faith

A devout Catholic, Shriver devoted much thought to living in a way that honored his belief in God and his belief in the goodness and strength of people. Here, Shriver delivers a personal message to Pope Paul VI following President Kennedy's death. (Photo by Paul Conklin.) 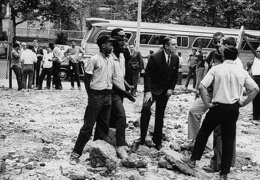 The War On Poverty

President Lyndon B. Johnson tapped Shriver to be the architect of his signature program - the War on Poverty. Shriver created a myriad of programs including Head Start, Job Corps, VISTA, Community Action Program, Legal Services to the Poor, and Foster Grandparents, designed to help lift millions of Americans out of poverty. Like the Peace Corps, many of the programs started during the War on Poverty continue to serve Americans today. (Source unknown.) 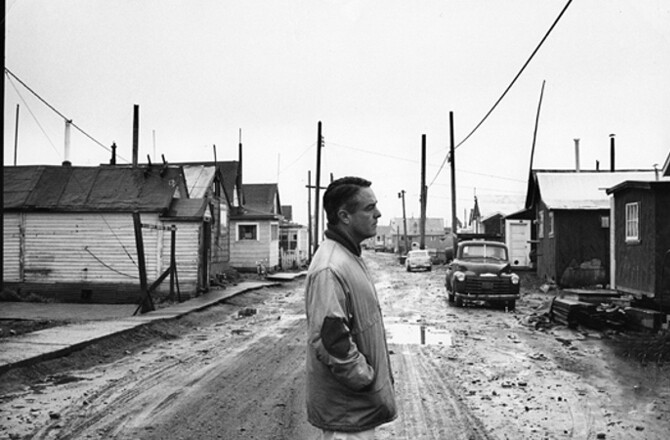 Just as he traveled worldwide as head of the Peace Corps, Sarge visited the places in the United States where poverty made life a struggle. These visits drove Sarge and gave him important insight into the real experience of poverty, allowing him to make significant headway on the issue. (Photo by Paul Conklin.) 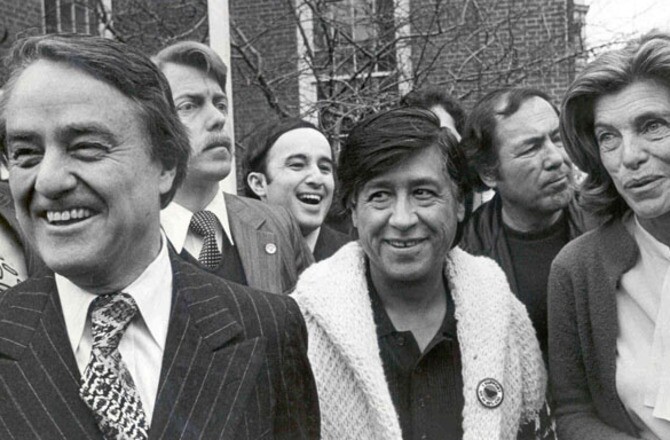 A Run For President

In 1976, Eunice Shriver and Sargent Shriver stand with labor leader and civil rights activist Cesar Chavez in Boston. Shriver's bid to become President ended when he did not secure the nomination of the Democratic Party. (Source unknown.) 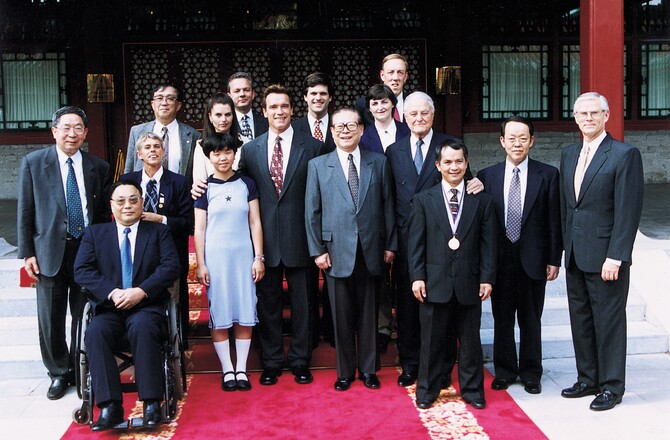 Upon leaving a life in politics, Sarge served as President of Special Olympics working alongside his wife Eunice. His skills as a politician, diplomat, and peacemaker, helped open doors in the former Soviet Union, Tunisia, New Zealand, South Korea, and throughout the world, helping Special Olympics grow from a U.S.-based mission to the global organization it is today. In 2000, he posed with China's former President Zhang Ximen as they celebrated the kickoff of a campaign to reach 1 million Special Olympics athletes with intellectual disabilities in China. (Source unknown.) 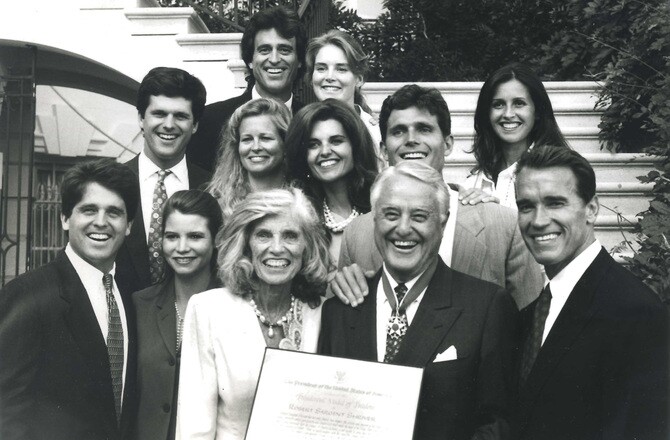 In 1994, Shriver received the Presidential Medal of Freedom, the nation's highest civilian honor, from President Bill Clinton, who said, "Robert Sargent Shriver has not only shared, but shaped, the action and passion of his times. It was Sarge Shriver's energy, persuasion, and leadership that made the goals of the Peace Corps attainable, that living reminder that the essence of American power is not might of arms, but constancy of ideals, and perseverance of effort. - 'Serve, serve, serve,' Sargent Shriver told Americans, because in the end, it will be the servants who save us all.' His service has been our legacy of hope." (Source unknown.)