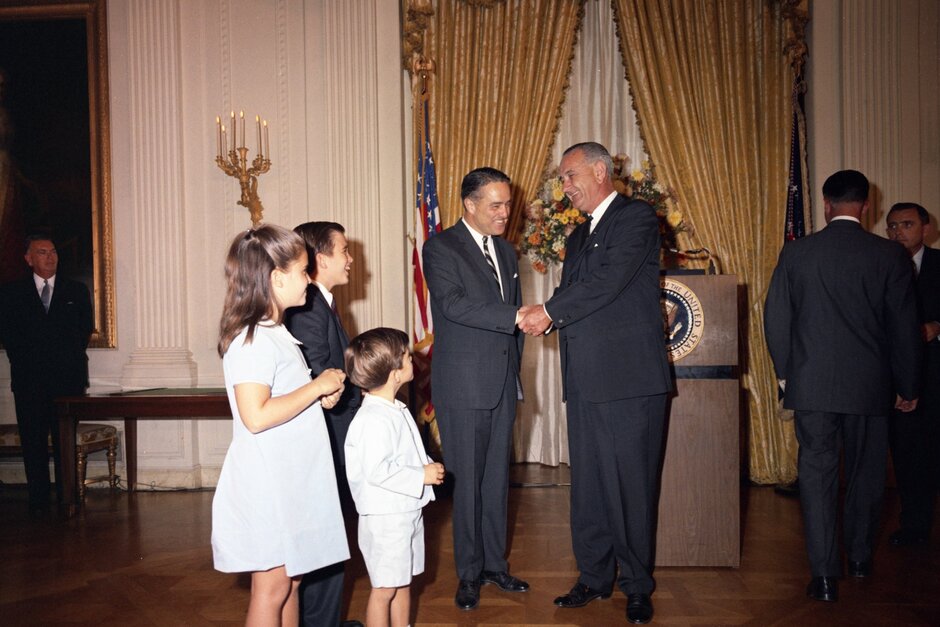 Getting Sworn in as Director of the OEO

Sargent Shriver was sworn in as director of the Office of Economic Opportunity (OEO) in Washington D.C. on October 16, 1964. He is joined here by his children (left to right) Maria, Bobby, and Tim. (Photo courtesy of the Shriver family.) 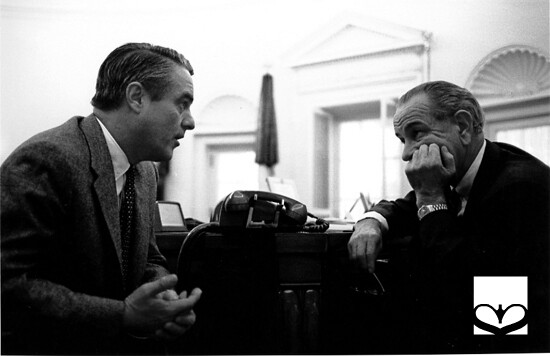 President Johnson personally chose Sargent Shriver to lead of the War on Poverty. Here we see the two deep in discussion in 1965. (Photo by Yoichi Okamoto.) 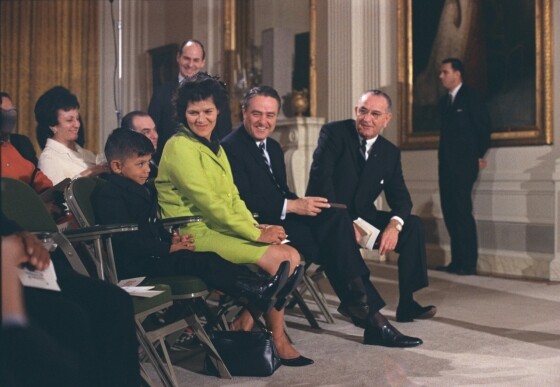 Frank “Pancho” Mansera is shown attending a screening of the short film “Pancho" in the East Room of the White House, March 13, 1967. The film was produced by the Office of Economic Opportunity to promote the President’s educational initiatives, especially Head Start. (Photo courtesy of the Obama White House Archives.) 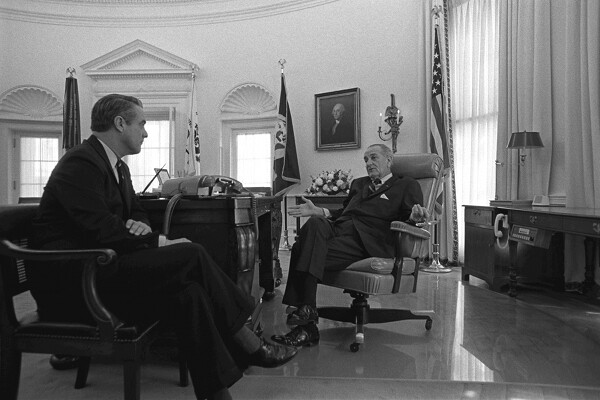 Sarge continued to work closely with President Johnson throughout his tenure as Director of the Office of the Economic Opportunity (OEO). Here are the two in conversation in the Oval Office, March 3, 1968. (Photo by Yoichi Okamoto.) 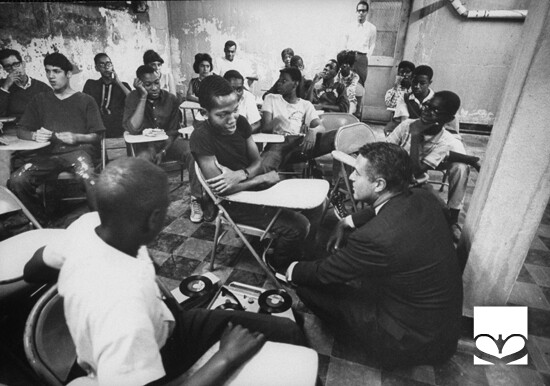 It was Sargent Shriver's strategy to learn about the needs of communities by speaking directly to the people who live there. Here he is talking to a boy in the middle of a classroom in Harlem, New York. (Photo by Vytas Valaitis for Time Life Pictures.) 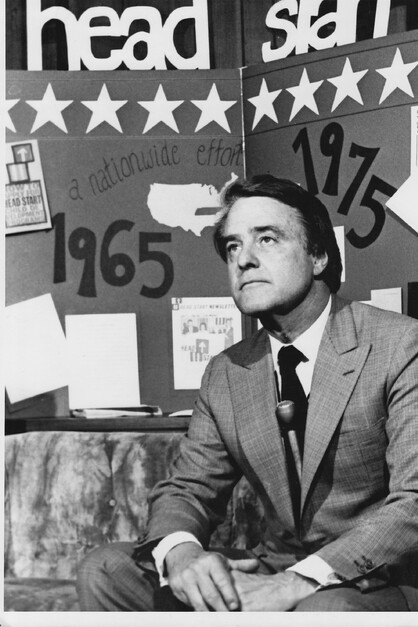 Sargent Shriver continued to support the poverty programs long after he stepped down as Director of the OEO. Here he is at a 10-year anniversary celebration of Head Start in 1975. (Source: SSPI archives.)