Our Quote of the Week reminds us that we cannot celebrate a true "independence day" in the United States until all people can enjoy liberty and self-determination. Independence was not fully achieved on July 4, 1776, and many are still struggling to achieve it 52 years later.Sargent... 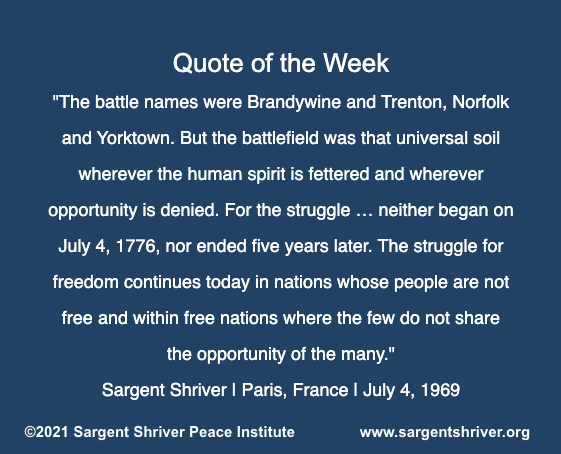 Our Quote of the Week helps us mark Juneteenth with a declaration that in the US, the movement towards racial justice must keep moving forward. While Juneteenth is a day of celebration, it also reminds us of the cruelty and injustice of slavery, and of the long road we still have to...

"Any American who holds to the theory of white supremacy ..."

Our Quote of the Week comes on the heels of the 100th anniversary of the Tulsa race massacre. As we mourn the lives lost and condemn the violence and injustice of this episode in our history, we must also stand up to the racist attitudes and reform the unjust systems that continue to harm... 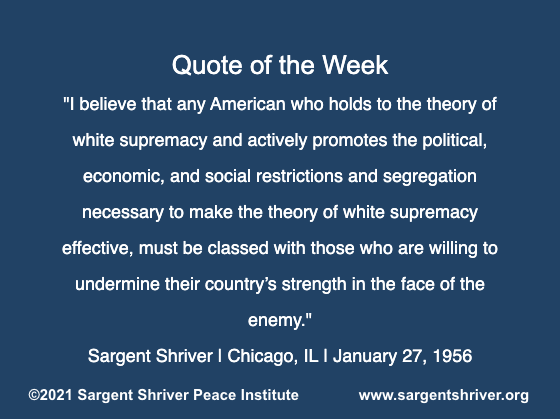 The "Rule of Law" and Racial Justice

Our Quote of the Week reminds us that although law and policy play a role in protecting the rights of people, it is our intentions and our will that will ultimately ensure equality, equity, and racial justice. In January 1963, an interfaith group of spiritual leaders from around the country,... 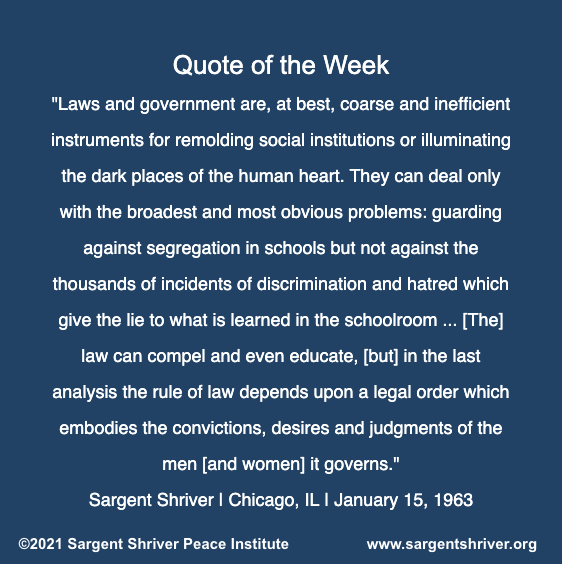 For Black History Month, Some Words about Racism from Shriver and King

Our Quotes of the Week stand together as a stark reminder: that racism causes us to exploit and harm Black Americans first and foremost, but that ultimately, it damages all of us, and particularly those who are struggling economically.In honor of Black History Month, we wanted to pair a quote by... 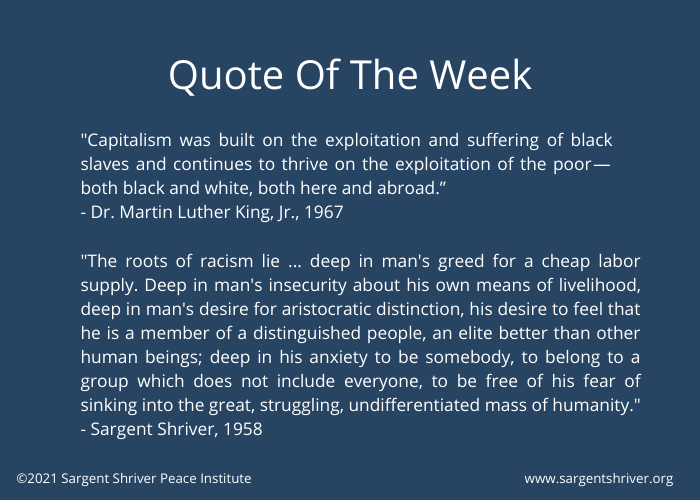 What I Learned from Doing Art in Prison

John Dukes is a proud New Yorker who represents Southside, Jamaica, Queens wherever he goes. He’s happily married and has three adult children. John, a graduate of Mercy College, is a staunch advocate for criminal justice reform. He is the co-founder of the grassroots organization Speak Ya Truth,... 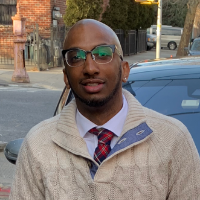 The Performativity of Self Care

Aisha Sidibe is a writer of Haitian, Cuban, Ivorian, Malian, and New York heritage. She received an MFA in nonfiction writing from Hunter College and during her years as adjunct professor at the City University of New York, received praise for her classroom treatment of complex topics, including... 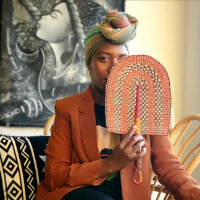 Mary Blair is a Fulbright alumna and recent graduate of the University of Chicago, where she studied Political Science and Comparative Race & Ethnic Studies. Mary completed the Shriver Fellowship for Leadership in Public Service through the Sargent Shriver Peace Institute and the Institute of... 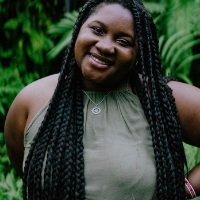